What kind of candy in China is worth eating? Every country has its own collection of unique sweet treats and China is no different. Below I’d like to share with you the most popular and tasty Chinese treats that you should try during your trip to China.

Part of experiencing any foreign culture like China’s is taking a risk on new local foods. I get it…it takes a lot of courage to put something in your mouth when you don’t know exactly what it is!

Thankfully, it’s much easier to try something new when it’s something like China candy or sweet China treats.

That’s why in addition to seeing the top sights when traveling around China, or eating some amazing Chinese food, I also want to you to have the opportunity to taste the most popular local treats.

Like any country, there are unique China sweets you won’t find anywhere else. These include:

While I can’t describe every single one of them here, I will share with you my favorite candy in China so that you know what I think is worth trying.

It may seem counter-intuitive, but some of my favorite China sweets can be found in the bakery. After arriving at any supermarket, head to the bakery where you will find plenty of cookies and cakes.

If you’re lucky, you may even find one of my favorite treats, Tianjin Mahua (麻花/Máhuā).

The most popular brand of mahua is the 18th Street Mahua (十八街麻花/Shíbā jiē máhuā) that can be found in most grocery stores in China. However, in my travels, I found that the mahua purchased at stalls on the street can be much, much tastier!

While you’re at the supermarket, you’ll also find your fair share of candy. You can always stock up on favorites from home, but I suggest also picking up a bag of White Rabbit Candy (大白兔奶糖/Dàbái tù nǎi táng), which has a sweet milk flavor to it.

Shaped like a tootsie roll, this candy in China is very popular among kids. With travelers, it’s often hit-or-miss, but it’s definitely worth a try!

Among tourists in China, nothing is quite as popular as the candied fruit known as 冰糖葫芦Bīngtánghúlu.

Bingtang Hulu consists of all kinds of fruit like strawberries, oranges, grapes, kiwi fruit, and even vegetables dipped and covered in rock sugar.

Bingtang Hulu is generally eaten during the winter months. The simple reason for this is that the sugar doesn’t easily melt in the cold of winter. This is also why the candy is also typically found in northern China instead of the southern, warmer climates.

However, I have seen it around during the summer, but I’d be careful where you eat it. During the summer months, I’ve seen the candy be a big draw for flies causing this candy to make me want to barf out of disgust.

There are also plenty of street vendors that sell this and don’t pay quality attention to hygiene. So it’s best to eat this from a vendor with an indoor shop.

If you’re a safe bet, a China candy you know that you or your kids will enjoy, look no further than dragon’s beard candy, which is the Chinese equivalent of cotton candy.

Why is it called dragon’s beard candy?

Well there is of course a popular backstory where an imperial court chef first made the candy for a Han Dynasty Emperor.

After eating the candy, the Emperor felt the white wisps of leftover candy stuck to his face resembled a dragon. Hence, the name dragon’s beard candy was created!

In Chinese, the sweet is known as 龙须糖/Lóngxūtáng.

If you’re hoping to try some dragon’s beard candy for yourself, you’re likely to find it from street vendors in any area that sells plenty of street food. There are some brands you might find in a grocery store, but they won’t be nearly as good.

Mooncakes are Chinese pastries with sweet fillings. While I love them for their taste, mooncakes are more famous for their beautiful designs.

Mooncakes (月饼/Yuèbǐng) are also a seasonal treat enjoyed during the Mid Autumn Festival or 仲秋节/Zhòngqiūjié. This holiday is a floating date that usually occurs in late September or early October (see this year’s dates on our China holidays calendar).

During this holiday, mooncakes can be found in almost every store and street corner. They also make great gifts for Chinese locals if you’ll be visiting anybody.

Pro Tip: Should you end up buying a box of mooncakes for yourself, try not to eat all of them in one helping. Each mooncake has an explosive amount of calories!

Similar to Mooncakes, sticky rice dumplings, or 粽子/Zòngzi, are a traditional snack typically enjoyed during Dragon Boat Festival. Thankfully, you can find and eat them year-round in China.

The snack also has a fascinating back story commemorating the death of Qu Yuan, a famous poet from the Warring States Period of Chinese history.

After Qu Yuan drowned himself out of grief of the Qin conquest of his homeland, locals threw sticky rice dumplings into the river to prevent fish from eating the poet’s body. For me, this was always an interesting story to hear when snacking on sticky rice dumplings during Dragon Boat Festival.

Sticky rice dumplings are always easy to spot as they are wrapped in bamboo leaves, but what makes them really tasty is the filling inside.

If you have a sweet tooth, you can always opt for sticky rice dumplings with red bean or taro filling. Personally, I’m a sucker for the pork or chicken fillings, which is obviously a bit more savory.

Whenever I have a sweet-tooth, I always head to my local China candy store, known locally as the 北京稻香村/Běijīng Dào Xiāng Cūn. It’s here where you can stock up on a number of different China sweets.

The specialty in these China candy stores, as you’ll quickly see, is an assortment of cookies and other traditional Chinese treats that don’t look like the “candy” you might be thinking. However, it makes for good comfort food, especially if you have trouble adjusting to local cuisine in China.

If you don’t speak Chinese, you can always ask your hotel or tour guide if a store is nearby and you can generally also pick up these goodies in supermarkets as well. It just may take a bit of time for you to find. But it’s definitely worth all the trouble!

Bubble tea isn’t really a “China candy” per se, but since it does fit in the category of a “sweet”, I’m going to introduce it here anyway.

Although bubble tea has become quite popular all over the world, I had never heard of it until my friend introduced it during a trip to Beijing. I’ve traditionally been a fan of Caramel Macchiatos as my go-to luxury drink, but after having my first cup of bubble milk tea, I was hooked!

Technically, bubble tea or 波霸奶茶/Bōbànǎichá, is a product of Taiwan, but it has been adopted in mainland China and you’ll find bubble tea stands everywhere.

In case you’ve never heard of bubble milk tea, you can order your choice of tea, sugar flavor, and toppings. Most folks like to have tapioca balls, or “boba”, in the tea to chew on as you sip on the drink. If you aren’t into boba, you can always order the drink without it or choose a different topping like pudding. 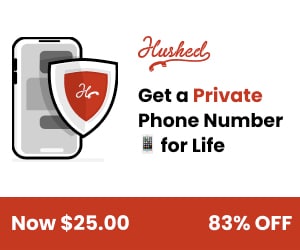 Bubble milk tea is something you can also enjoy year-round. Locals generally drink it hot in the winter months and cold in the summer. If you’re taking an afternoon stroll or doing some shopping, bubble tea makes for a good casual treat to enjoy on the go.

The best places to get bubble milk tea are stores like Coco Fresh Tea and Juice, Gong Cha, and Kungfu Tea (功夫奶茶/Gōngfū nǎichá). You’ll find these places everywhere when traveling around big cities in China.

Another variety of milk tea is Hong Kong Milk Tea. This is a less sugary drink that is a great complement to your breakfast or snacks you find at sit-down-restaurants in Hong Kong or the broader Guangdong area.

Truth is, you can find Hong Kong Milk Tea all over China and at fast food restaurants, but as the name suggests, it’s only truly authentic when you have it in or nearby Hong Kong.

This is also something you always drink hot and a perfect means to relax when you’re in need of a break in China.

Just taking a look on their products page shows that you’ll enjoy 100% all natural ingredients that have strong sources of fiber, protein, and iron. Apparently there are also herbal ingredients intended to prevent colds and heatstroke. Finally a dessert you won’t feel guilty about after eating!

Overall I’d say this is a great place when in need for a break should one be nearby. Another plus is they also serve milk tea and other drinks to enjoy with the dessert.

If you’re from the United States, MeetFresh has opened up locations all over the USA. So you could get a preview of the tasty treats they offer before heading out to China!

Although candy in China and other China sweets won’t be similar to what you typically eat at home, there are plenty of tasty goodies to enjoy on your trip to China.

Those I listed above tend to be the most popular, but the list goes on and on and you’re also likely to run into plenty of regional delicacies as well.

My overall tip is if you see something delicious, its worth trying! But definitely have a good mind for sanitation and staying healthy while eating street food during your trip to China. The last thing you want is to get a stomach bug in the middle of your trip 🙂